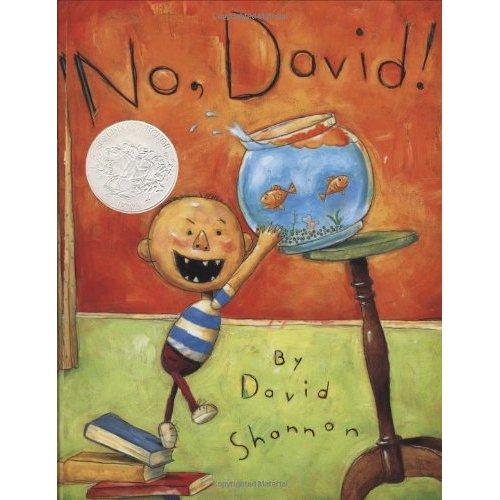 When author and artist David Shannon was five years old, he wrote a semi-autobiographical story of a little kid who broke all his mother's rules. He chewed with his mouth open (and full of food), he jumped on the furniture, and he broke his mother's vase! As a result, all David ever heard his mother say was "No, David!" Here is his story.

David Shannon is the author and illustrator of many highly praised books for children - such as Too Many Toys, Alice the Fairy, No, David!, and David Goes to School. Born in Washington, D.C., he grew up in Spokane, Washington. He graduated from the Art centre College of Design in Pasadena, California, with a fine arts degree, and then moved to New York City. His editorial illustrations have appeared in The New York Times, Time, and Rolling Stone, and his artwork has appeared on numerous book jackets. Shannon is a passionate baseball fan and softball player. He and his wife now live in Los Angeles.