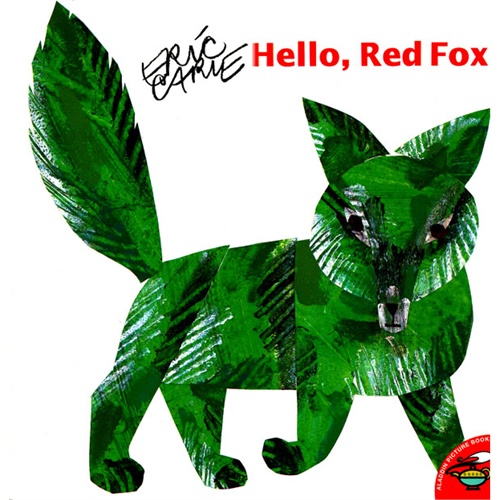 Goethe (1749-1832) is celebrated as a great German poet,novelist, and philosopher. But in his eyes, color theory was hismost significant achievement. In 1810 Goethe published Farbenlehre,naming three primary colors--red, blue, and yellow--from which allother colors could be made, and claiming that each color had anopposite, or complementary, color. But how does this relate towell-loved artist Eric Carle's Hello, Red Fox? Well, it's likethis. On his special birthday, Little Frog's friends--Red Fox,Purple Butterfly, Orange Cat, and others--begin to arrive at hishouse for a party. Imagine Mama Frog's surprise when she perceivesRed Fox as green, Purple Butterfly as yellow, and so on. Each time,Little Frog gently points out that she simply hasn't stared at eachanimal long enough to see his or her "true color."

At the beginning of the book, readers are instructed to stare forten seconds at the boldly colored animal on the left side of thespread, then transfer their unblinking gaze (more like glaze atthis point) to the blank white page on the right. If they do thatsuccessfully, a shadowy image of the animal appears in itscomplementary color! Young kids may think this is magic, butactually the phenomenon taking place between the eye and the brainis called "simultaneous contrast after-image." No matter what youcall it, it's amazing and fun to behold! The story itself is simpleand deliberately repetitive, appealing to very young children, butthe optical illusions will be a hit with all ages. Carle's boldcollage illustrations are perfect for this playful spin around thecolor wheel, which ends with the green Little Frog turning red whenMama Frog kisses him in front of all of his friends. (Ages 4 to 8).Karin Snelson --This text refers to the Hardcover edition.